Chiquita loves Dora so when I asked what kind of party she wanted this year a Dora Sing Along party was the obvious choice!  Based on a recent special episode called "Dora Rocks" it involved lots of... you guessed it... singing! 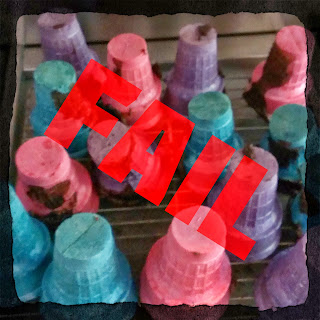 Let's get my one epic FAIL out of the way.

I wanted to make microphone cupcakes for all the kids.  I found lots of inspiration and decided to bake cupcakes inside ice cream cones the morning of the party so they'd be fresh.  Great treat to go with the theme, right?


Well, I overfilled the cones on the first batch so they oozed right out all over the oven, destroying the cones as they went.  Still baked ok, and pooled into the muffin tins I'd placed them in to cook, so they was plenty of edible cake, just not in any edible/cute form.

So for the surviving ice cream cones I made mini cupcakes baked in regular liners and just stuffed the base of the cones with disaster cake.  I only ended up with about a dozen decent microphones and since we'd invited more than a dozen kids I needed a plan B! 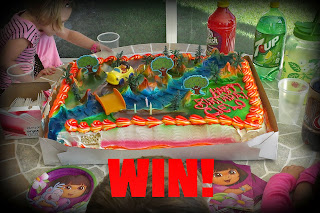 Hubby to the rescue!

Even though he was at work, my husband sent someone to a local Mexican bakery to get a Dora cake that could be picked up in time for the party.  I'm not sure if it was a win or fail that it ended up being a FULL sheet cake of tres leches cake (we're talking about almost 4 square feet of very heavy and runny goodness).  Our party goers didn't even eat 1/4 of this cake, including the platefuls we sent home with them.  Shout out to the pastelerias (latino bakeries) of the U.S.!    Tus pasteles son los mejores!


Beside the cake drama the party went well.  Here's an outline of our activities: 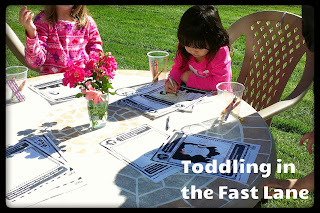 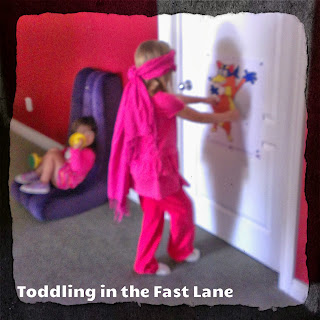 We sent each kid home with a few little toys in a reusable Dora cup!  All the free play time also meant that I had time to get most of the party cleaned up (with a little help from another mom!) before it was actually over.  The main after-party challenge was figuring out how to store the 3/4 of a sheet cake (in smaller chunks so they could actually fit in the fridge and freezer).