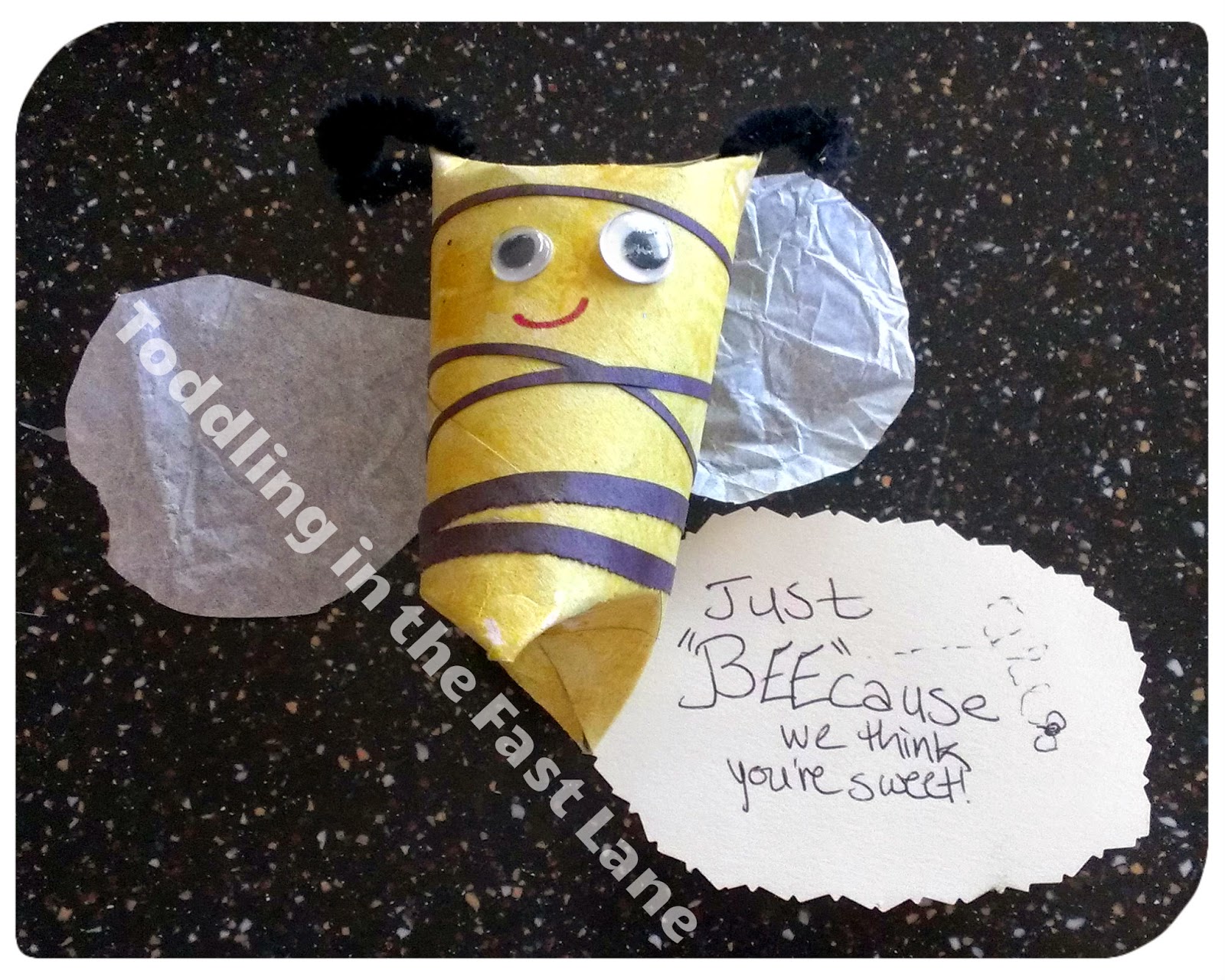 Chiquita loves giving things to her friends so we often take treats to neighbors.  I have seen dozens of posts using cardboard tubes as containers - with a million ideas on ways to decorate them.  I had the pun-tastic idea of making bees and adding a note "Just BEEcause". 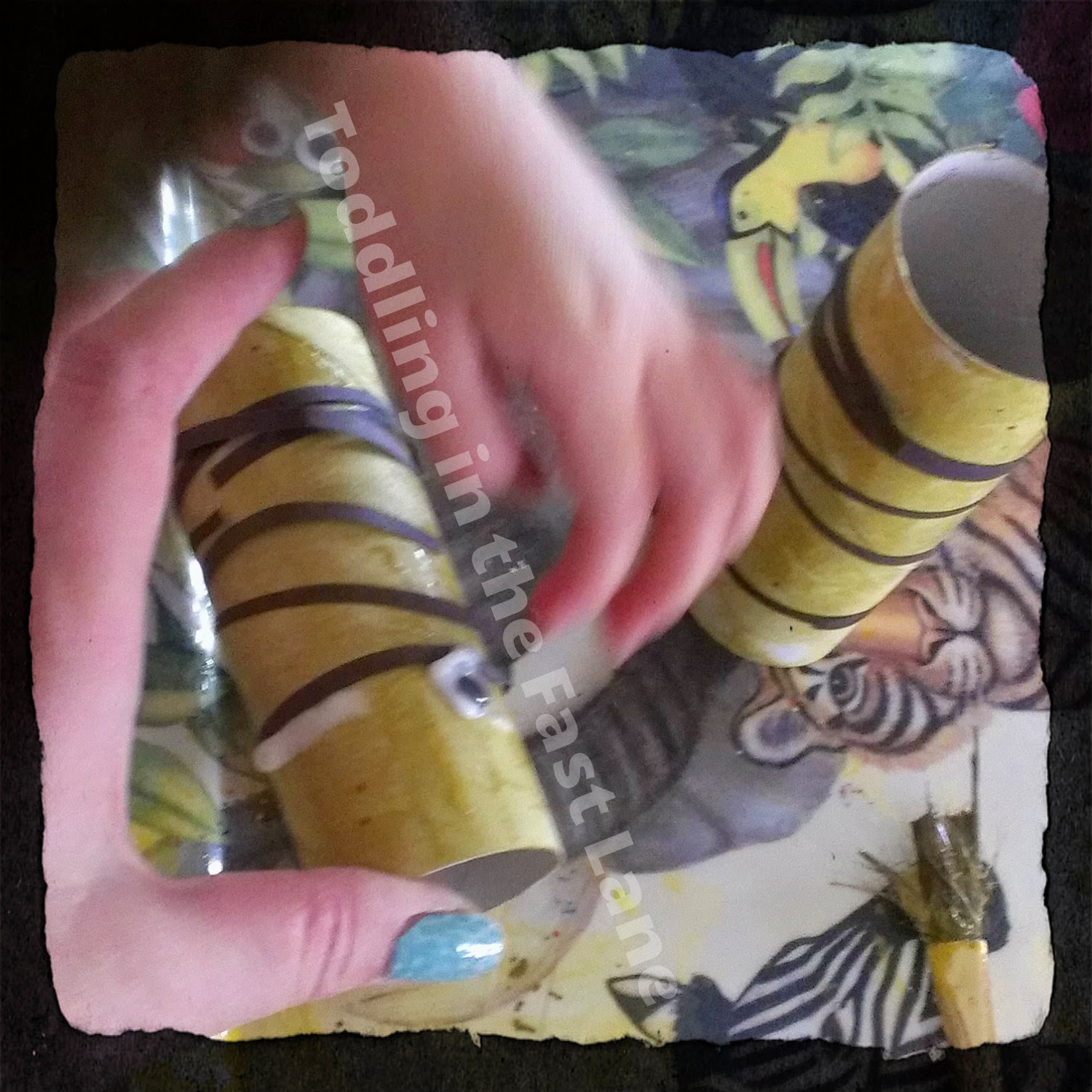 First paint your tubes yellow.  Chiquita was having fun "mixing" the paint on her tray so we alternated between painting on the tube and just rolling the tube in the paint.  Both ways worked great.

I cut a bunch of little strips of black construction paper.  Chiquita added them while the paint was still wet so that we didn't need glue.  Then we had to let them dry.  I put them out in the hot summer sun to speed that up.

While they were drying I cut out wings from tissue paper.  Then Chiquita glued on the google eyes and wings.  I drew on the mouths (sometimes Chiquita gets carried away with markers and I wanted them to look like bees!

I folded the top and added a half of a chenille stem for antenna.  We put in a few candies and folded the bottom sideways (so the points are in the front and back, does that make sense).  I think this makes the bottom look like the stingers.

Now their ready for us to give to anyone we want - doorbell ditching anyone?

Email ThisBlogThis!Share to TwitterShare to FacebookShare to Pinterest
Labels: Crafts to do Together, Gift Ideas, Recycled Crafts, TP Roll