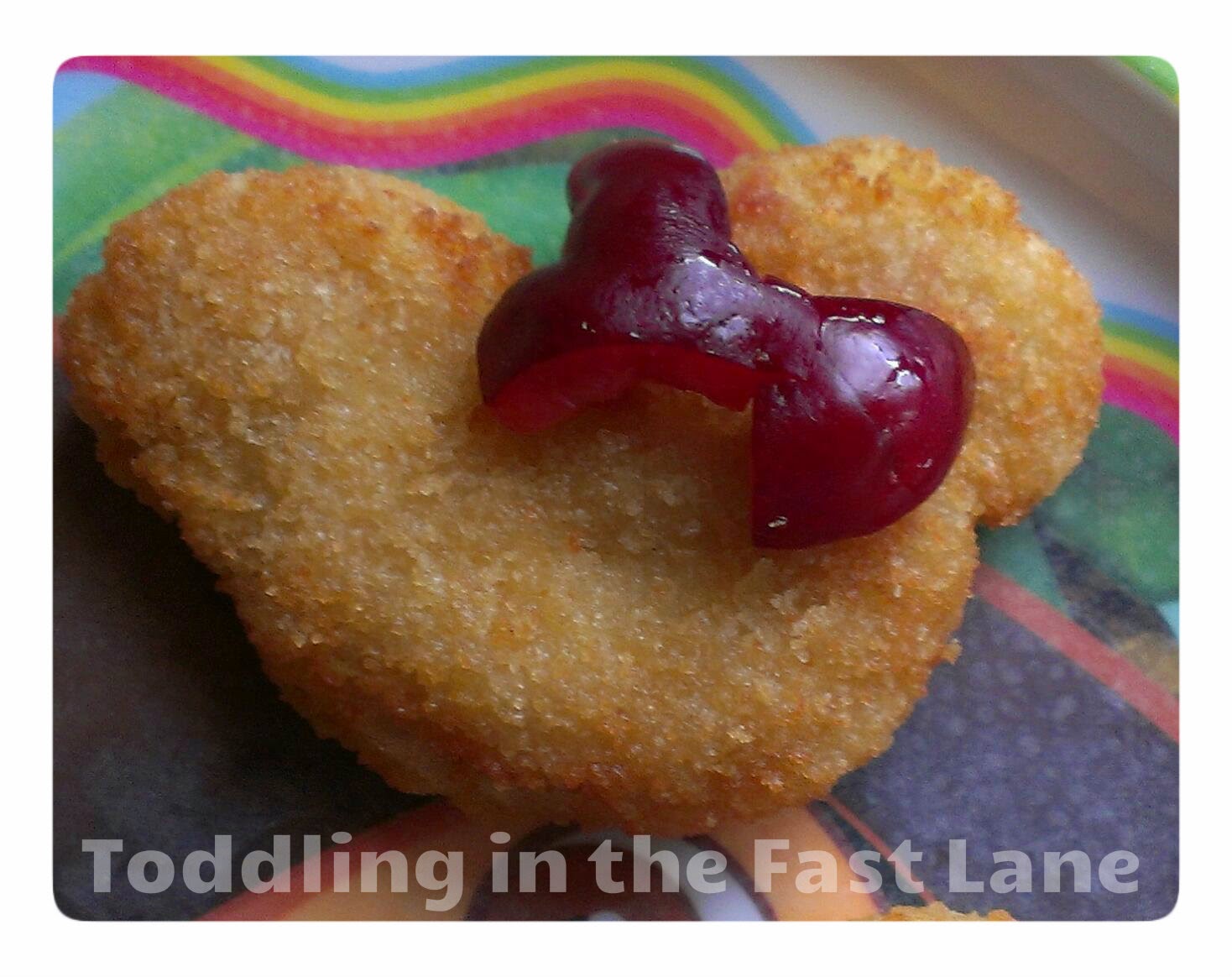 Chiquita didn't want Mickey Mouse nuggets.  She wanted chicken stars.  We had just got home and I wasn't going to drive anywhere, even I don't spoil my child that much.  I get so tired of making her food she won't eat, most of the time when hubby isn't home, it's just her and I eating so I don't have that feeling of making her eat what everyone else is eating.  We needed to come to a compromise!  Finally Chiquita decided she would eat Minnie Mouse nuggets, but she didn't think I had any of those.

We'd just picked tons of juicy cherries and I was sure I could make some yummy red bows to turn those Mickeys into Minnies!  I just sliced the cherry in half and removed the pit.  Then I took one half and made two diagonal cuts in one side, like a triangle that doesn't quite meet up, and did the same on the opposite side.  The two little horizontal cuts made it into a cute bow!  She was hesitant at first, "Mom, cherries don't go on chicken nuggets!", but in the end she ate all six of them with gusto!