Inspired By You: TP Roll Bunnies 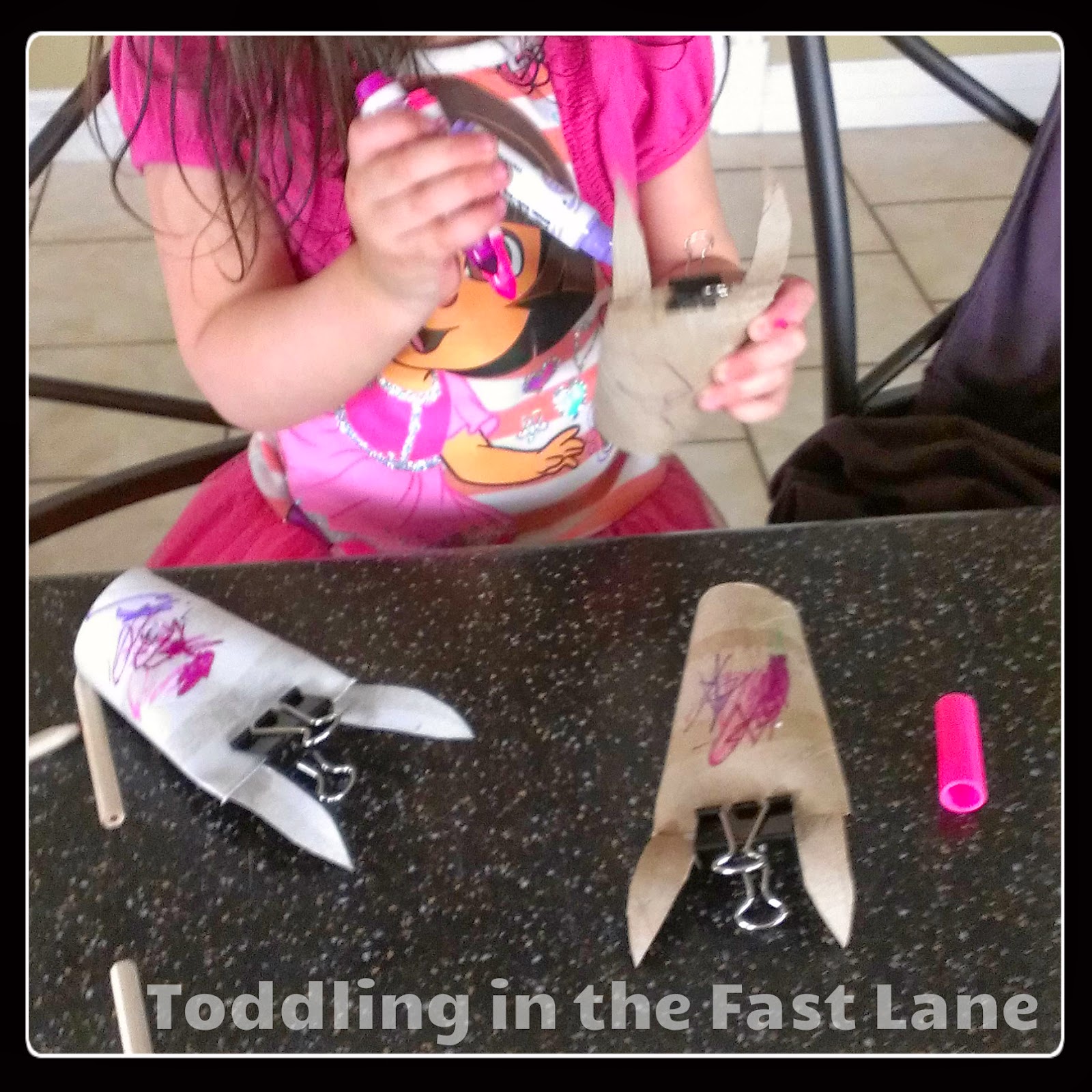 When I saw these adorable tp roll bunnies from Red Ted Art I knew we would be making them.

I cut out the ears and colored the pink part.  Chiquita helped me with the glue and we used binder clips to hold them together while they dried.  Chiquita decorated them while they dried with colored pencils and markers.  She told me what scribbles were the eyes, nose, arms, legs, etc.  As a result ours are a little less defined than Red Ted's but that's ok.  We used a bit of cotton ball instead of tissue paper for the tails (also easy to find upcycled from store-bought pill bottles).  We made five all together and as Red Ted states, it was fast and we could easily have made more.

So far we've just played hide and seek with them and version of 'where's the ball?' like the street hustlers.  I was impressed that Chiquita was able to follow and guess the right bunny everytime.  I'm not as deft a hand as the hustlers though.

How would you play with these bunnies?
Posted by yogamama

Email ThisBlogThis!Share to TwitterShare to FacebookShare to Pinterest
Labels: Bunnies, Crafts to do Together, Easter, Recycled Crafts